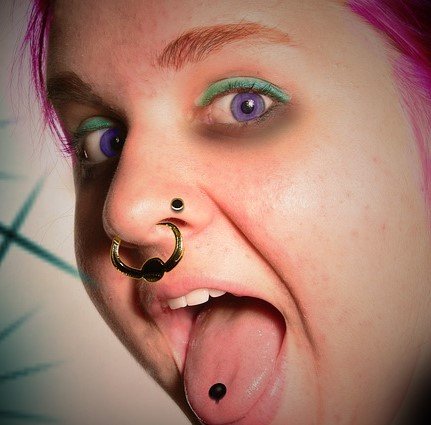 About ten years ago, I interviewed a talented network administrator for an overseas IT position.  He was cleancut and articulate and fully qualified to fill the position – so I hired him.  After he’d been deployed for a number of months, he returned to the States for R&R and some additional training.  Much to my surprise, he was fully decked out with multiple facial adornments (rings/piercings/studs/and other various attachments).  I later came to discover that his nickname was “fishhook” which accurately discribed his facial appearance!

Would I have hired him if he’d worn all his attachments during the interview?  Maybe; but they would have been a significant distraction during the discussion and could have caused me to pass up an otherwise fully qualified and competent candidate.

The point here is, that it is usually best to remove any distractions from the mix during your interview.  This could include things such as:

While there is nothing wrong with most of these things, and most are allowed in the modern workplace, they can become a distraction during the interview and could trigger an adverse bias on the part of the interviewer.  You want the interviewer to concentrate on what you are saying and not focusing exclusively on your appearance.  It’s best to hold off on expressing your individual grooming style and adornment preferences until after you’ve been hired.  While dress, grooming and personal adornment standards have been greatly expanded (relaxed) over the past decade, the person that will be interviewing you may be from an older generation and not fully embrace the new norm in personal grooming and expression.

So, if you want the job, it may be wise to come to the interview with a conventional and non-distracting appearance and reserve expressing your creative side until after you’ve actually started your new job!